Miki Emoto 絵本 美希  Emoto Miki born Mikiko Nemoto. November, 23,1969 in Hokkido Japan. In 1987 Miki won the Cream Lemon Grand Prix Image Girl Contest and then debuted in Lemon Angel.  Due to poor health Miki often complained but continued to work with Tomo Sakurai and Erika Okushima.  Miki did not show up for a concert before the band split-up.  Miki returned to Hokkido and gradually got her health back. Miki was involved in talent activites in Hokkido and had a small role in Hokkaido Television Broadcasting. And in 1989 she appeared in a TV drama Summer Vacation Villa Story. 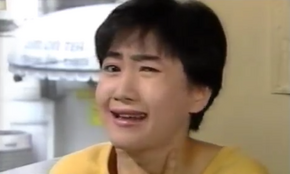 Add a photo to this gallery

On a Japanese blog in 2009 Miki was presumed dead after the band had split up in 1990 which was untrue. The blog had also stated that she was a Emotional Instability which is a borderline personality disorder, which was all untrue.   In fact Miki had retired alongside Erika. Another source in a book states that Miki and Erika was blacklisted from the Famous List in Japan, which doesn't quite add up.

Most recently Miki went out to dinner in a restaraunt in Sapporo-shi Hokkaido and gave them a rating of 5 stars ☆☆☆☆☆.  Miki keeps away from the public eye and keeps herself to herself.

Add a photo to this gallery

Retrieved from "https://midnight-lemon-angel.fandom.com/wiki/Miki_Emoto?oldid=4508"
Community content is available under CC-BY-SA unless otherwise noted.